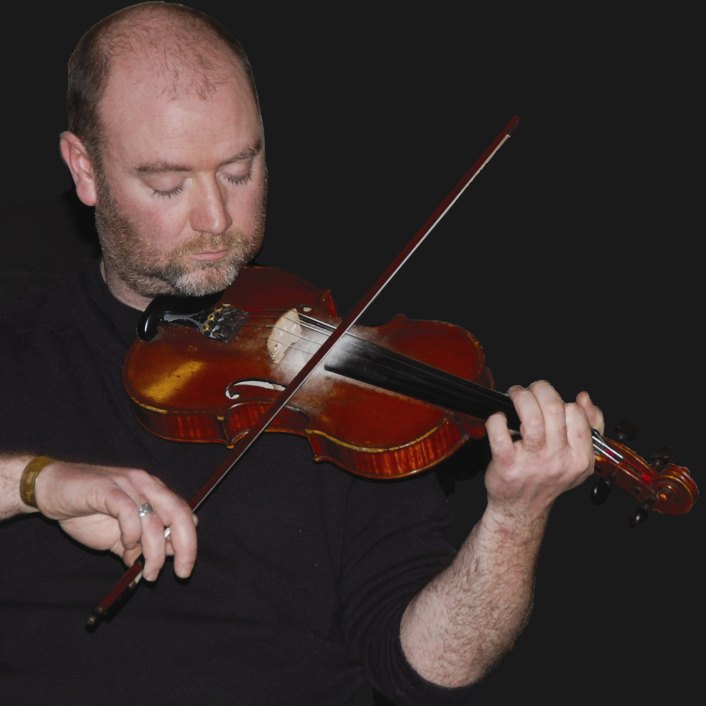 We are delighted to have been involved in the production of Ego Trip, MacDara Ó Raghallaigh's debut CD of traditional Irish fiddle music. Our brief was to recreate the natural sound of the fiddle in a live concert setting. It was a relatively easy task as MacDara is an excellent fiddle player and a very confident performer. Shay Leon of Shay's Studio recorded MacDara in front of a live audience in Newtown, Co. Kildare, Ireland over two nights on the weekend of the 14th and 15th of January, 2011.

Newtown's town hall is a lovely intimate venue that holds about 80 people. It was an ideal venue for MacDara's acoustic concert. There was no need for a PA system. Our microphones were only used to capture his acoustic performance and we wanted to make sure that they did not act as a barrier between him and the audience. We positioned two microphones above MacDara's head to capture the ambient fiddle sound and two more were placed around the hall to pick up the sounds from the audience.

MacDara played similar sets of tunes both nights and the idea was to pick the best sets from both performances for the album. This proved to be the most difficult task because, in the end, there was enough quality material for two albums! What could we discard? We finally settled on the 13 tracks that best reflect the style of trad music that MacDara likes to play. The people that are familiar with MacDara's fiddle playing over the years will recognise a lot of the tune selections.

We spent three days with MacDara and Shay in the studio editing, mixing and mastering the 13 tracks. Our aim was to spirit the listener back to the concert itself. You hear what the audience actually heard. It's real. There are no drop-ins, over-dubs or anything like that. You can hear all whoops, shouts, squeaks, coughs, bow scratches, mistakes and most importantly, MacDara's foot tapping. Hear for yourself using the player below...

MacDara Ó Raghallaigh's debut CD contains 13 tracks of solo, live traditional Irish fiddle music. Here is what Antóin MacGabhann has to say about it - "This first anticipated and overdue recording of MacDara is just a sample of the enormous repertoire of tunes he possesses and it will bring his music to a wider audience. The unaccompanied sound of the fiddle makes for clear listening and it will be of particular interest not just to followers of Irish music but to students of the fiddle everywhere. There’s a richness and inspiration in all of the tracks. Bain sult as!"

1. Reels - The Milky Way, The Ring Around the Moon, Peg McGrath's and The Mill of Kylemore
2. Jigs - The Haunted House, Whistler at the Wake and The Old Flail.
3. Hornpipes - The Home Ruler and Mulhaire’s
4. Reels - Jenny's Welcome to Charlie and The College Groves
5. Jigs - The Humours of BallyLoughlin and Páidín Ó Raifeartaigh
6. Reels - Tommy Coens, The Glen of Aherlow, The Port Hole of the Kelp, Maid Behind the Bar in C
7. Slow Air - Bruach na Carraige Báine
8. Jigs - Trip to Athlone, Cailleach an Airgid and Leg of the Duck
9. Hornpipes - The Toss Pot and The Golden Eagle.
10. Reels - The Maids of Moncisco, Sporting Nell, The Flagstone of Memories and Rolling in the RyeGrass
11. Slip Jigs - (Garykennedy Selection) Gan Ainm, The Humours of Derrykissane and Gan Anim
12. Reels - Dwyer’s and Mick O Connor’s
13. Hornpipes and Reels - Sean Bhean Bhocht (Bantry Bay), The Rights of Man, Throw it Across the Road, Farewell to Connaught, Imelda Roland's, Last Night’s Fun, An Gliomach, Sean Bhean Bhocht (Tomeen O' Dea's)

This video was recorded by Antóin MacGabhann during the live recording of MacDara's CD in Newtown. It's actually the first track on the album, a set of reels composed by Vincent Broderick and Josie McDermott: